Where does creativity lie in the brain?

A study published in NeuroImage used neuroimaging and EEG technology to analyze the brains of jazz musicians during improvisation. They found that novice musicians relied more on the right hemisphere for creativity, dealing with the unfamiliar situation and are performing under deliberate conscious control. In contrast, researchers found more activity in the left hemispheres of those musicians who were more experienced, drawing their creativity from more well-learned, automated routines.

“If creativity is defined in terms of the quality of a product, such as a song, invention, poem or painting, then the left hemisphere plays a key role,” said Dr. John Kounios, professor of psychology and direction of the doctoral program in applied and cognitive brain sciences in Drexel’s College of Arts and Sciences. “However, if creativity is understood as a person’s ability to deal with novel, unfamiliar situations, as is the case for novice improvisers, then the right hemisphere plays the leading role.” 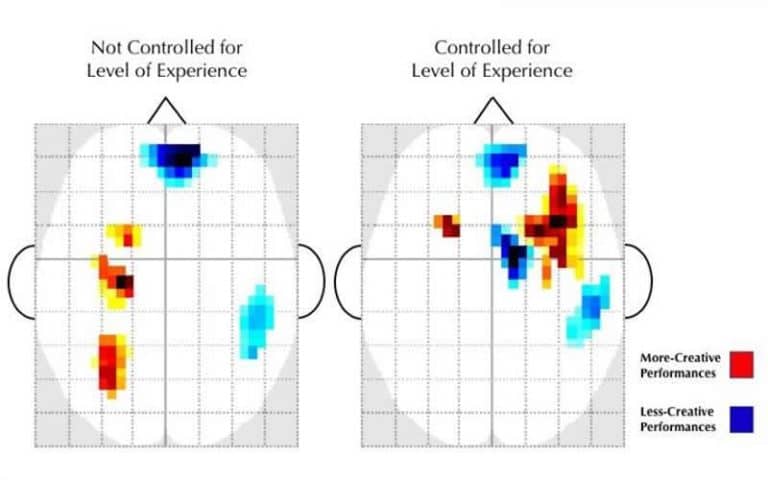