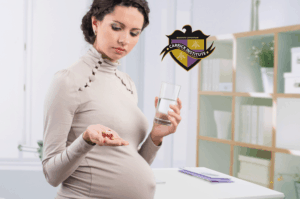 In the International Journal of Epidemiology, findings were recently published that demonstrate a strong association between acetaminophen and autism spectrum symptoms.

Acetaminophen use is common during pregnancy.  The medication typically used as a pain reliever and fever reducer, but can also be used to treat headaches, backaches, and muscle aches.  Because of the structural changes during pregnancy, women search for help to deal with the discomfort during those 9 months.

The researchers in Spain recruited 2644 mother-child pairs for this study. The mothers were asked about the use of acetaminophen during pregnancy. The children were assessed at age one and five. At age five, children who have been to acetaminophen were at a higher risk for demonstrating hyperactivity symptoms.  Children with persistent exposure shower poorer performance for measures of inattention, impulsivity, and visual speed processing.  Additionally, the results showed the boys with consistent acetaminophen exposure has an increased risk for autism spectrum symptoms.

Source: Acetaminophen use in pregnancy and neurodevelopment: attention function and autism spectrum symptoms

Background: Acetaminophen is extensively used during pregnancy. But there is a lack of population-representative cohort studies evaluating its effects on a range of neuropsychological and behavioural endpoints. We aimed to assess whether prenatal exposure to acetaminophen is adversely associated with neurodevelopmental outcomes at 1 and 5 years of age.

Conclusions: Prenatal acetaminophen exposure was associated with a greater number of autism spectrum symptoms in males and showed adverse effects on attention-related outcomes for both genders. These associations seem to be dependent on the frequency of exposure.