Such a wonderful share from Dr. Candito Carroccia who participated in Grand Rounds at Yale Medical with Dr. Frederick Carrick on March 2, 2016. – 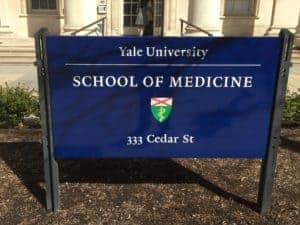 I feel very fortunate to have witnessed a historic event today. 30 years ago, while sitting in a small clinic in Epson New Hampshire I could never imagine that I would someday be listening to the same speaker Dr. Frederick Carrick at Yale University School of medicine. The amphitheater setting where Dr. Carrick presented was built in the 1800s in a room that was historically used to observe surgeries. Some of the surgeons that operated in the same room include Dr. Harvey William Cushing (considered the father of modern Neurosurgery, if the walls could only talk. The wooden chairs, wooden floors and metal railings only added to the ambiance of the presentation that was to follow.
The Lecture room was standing room only with dignitaries from Yale school of Medicine which included; Neurologist, Family practice physicians, Emergency room physicians, Transplant Physicians, occupational therapist and many residents and students from within the facility. Processor Carrick discussed emerging trends in Traumatic brain injury and stroke. He related methodology associated with statistical and substantially significant outcomes in the treatment of these conditions The presentation, as we all would expect, was nothing short of phenomenal. The Science based evidence presented had everyone sitting at the end of their seats clinging to his words and presentation. The audience became very emotional when witnessing videos of the many of the patient’s who had sustained severe injuries and the loss of many aspects of humanism which we often take for granted. My favorite part of the presentation was watching the reaction of the many physicians in the room when they saw the miraculous changes that took place in the patient’s through Dr. Carrick’s care. We observed patients who could not walk were now able to arise from a wheelchair and ambulate following treatments. Patients with dystonic movements were now able to perform activities which they probably only dreamed possible in the past. It was very humbling to everyone sitting in the room and I can only imagine the emotions that the physicians at this very prestigious institution were experiencing. I have always said that you can tell how well a lecture is received by the number of questions and interest that it generates at the end of the lecture. As you can imagine, there were numerous questions regarding all aspects of healthcare to professor Carrick with regard to his work and aspects of functional neurology. I got the distinct impression that many of the physicians in this room would have listened to him for hours. To no ones surprise at the conclusion of the presentation Dr. Carrick was asked and agreed to do collaborative research with Yale in the Future. They expressed numerous accolades, which is a testament to the Carrick Institute for all their work. I could not help but become very emotional and very proud at what I was witnessing. Respectfully submitted, Candi —— The Carrick Institute is a world wide leader of post-graduate in clinical neuroscience. For the past 3 decades the Carrick Institute has been training physician and healthcare providers to assess, diagnose  and treat individuals that are neurologically compromised without ht use of drugs or surgery. With over 15,000 healthcare providers trained, the Carrick Institute has 28 satellite locations in over 10 countries. For more information on the drug-free non-invasive treatments of traumatic brain injury or the Carrick Institute’s courses, please visit CarrickInstitute.com. 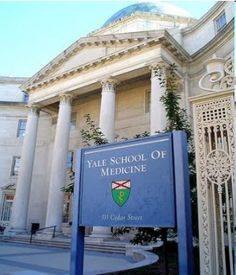 Prof Frederick R Carrick gave the keynote address at Yale School of Medicine Surgical Transplant Grand Rounds on Wednesday, March 2, 2016. Prof Carrick is a Senior Research Fellow at Bedfordshire Centre for Mental Health Research in association with the University of Cambridge, Cambridge UK, a Harvard Medical School Clinical Scholar and Professor of Neurology at Carrick Institute. Prof Carrick’s invited topic was “Traumatic Brain Injury and Novel Biomarkers”. The Yale New Haven Transplantation Center represents one of the top organ transplant institutions in the world and is the site of Transplant Surgical Grand Rounds. Understanding novel Biomarkers for brain function that can be useful in surgery is central to Prof Carrick’s current research and his address at Yale Surgical Grand Rounds.
The Yale School of Medicine designated Grand Rounds with Prof Carrick for AMA PRA Category 1 Credits.